The conference postponed Auburn at Mississippi State on Monday.

Auburn at Mississippi State and Texas A&M versus Tennessee have been tentatively rescheduled to Dec. 12.

Outbreaks have occurred for both the Auburn and Mississippi State teams. The Tigers camp has halted all football activities for the time being.

The resolution of the Alabama-LSU game remains up in the air.

LSU has already rescheduled against the Florida Gators for Dec. 12.

The team and league are considering Dec. 19 as an alternative playing date as well.

What happens to pending game bets?

This certainly isn’t the year’s first batch of delayed football games. Over 50 college games have experienced setbacks this season.

The NFL has seen its fair share of interruptions as well.

This pandemic is making fast friends of sportsbook refund policies. 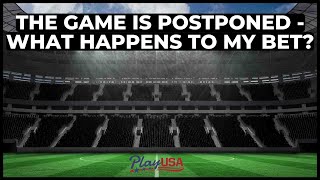 The rescheduled games are set to take place a month down the line.

Due to this long postponement, most sportsbooks will refund the current bets on these games.

However, each sportsbook maintains different guidelines, so it’s important to verify specifics.

New lines are expected to be released in early December, leaving bettors plenty of time to deliberate on their wagers.